Late post for last week, I'd like to give a shout-out to Muppetboy's Geatville. I haven't seen Muppetboy around much these days but I'm sure he's still lurking around, but for all Creatures 1 fans out there I would like to recommend his site.

Geatville is a very old-school Creatures website but it's also a go-to place to find various archived tools and applications as well as various add-ons. There's generally a lot of pages to explore. I personally found the site very useful when I was making the Midgard Norn genome. It has a good amount to offer when it comes to Creatures 1 development, which it is oriented towards.

This isn't simply a shout-out post though. I am adding Muppetboy's Geatville to the sidebar of sites on this blog soon after this post will be made, for the amount of valuable information and resources available there. 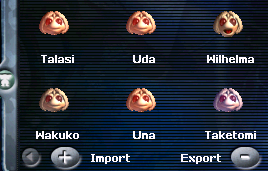 Happy new year everyone! If you've ever seen the old beta screenshots of Creatures 3 you might've noticed that the norn heads in the creature GUI are tinted - even though in the final game this isn't a feature!

Well, turns out it IS a feature, but it is disabled by default and for good reason too!

When digging through the DS cos files with the idea of engineering this into the game myself, I stumbled upon the unused feature... 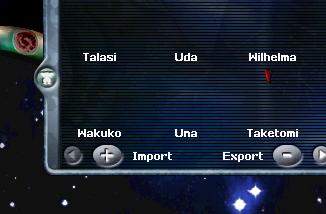 Unfortunately though, even on newer technology this really does lagspike the game every few seconds. Not just that, but it only successfully works on its first iteration. Every time it updates the tinted heads, it somehow fails to do so and results in all of the heads not displaying at all in the window, as seen to the right.
Either way I felt this was an interesting enough cut feature to write about and demonstrate. I'm going to be trying to at minimum get a post on this blog once every week so I don't leave all of you hanging again.
And finally, I will leave you with an image from the Creatures 3 beta of this feature in action:

Well. It seems I have used up a lot of what I had prepared, despite some new things I discovered along the way. So for now I'm no longer going to be on the daily schedule and instead I'll be posting as I come across anything particularly interesting.
No comments:

Have you ever wanted your norns birthdates to actually match up with the Albian yearly cycle? Turns out, we had that ability all along. While snooping around in Docking Stations code, I found this little snippet:

So it turns out, you can switch to this mode at any time ingame. I'm not fully sure if it functions properly but it does display correctly so far. To switch to the after Shee dates, all you need to do is:

To switch back to the old mode, just repeat the above instructions but replace the "1" in step 2 with "0" instead.
No comments: